The last ice floe on the Landwehr Canal.

Mmmmmh, gingerbread cookies with a huge amount of organic cocoa powder, cane sugar, butter and honey, in super 8 shape with hand drilled perforation holes  I made them for my audience next Saturday (first day of spring!) at the Shortfilmweek in Regensburg / Bavaria!
For all of my readers who come to my special retrospective: welcome!!

I’m in a black&white mood. I just processed a super 8 reversal film, so exciting, it means: 5 baths plus second exposure to light before second developer  mmh that’s really magic and it looks like everything’s alright, see picture below. For all those who are interested in the matter: buy Czech Foma processing kit R100. Available in Berlin at Foto-Impex. Cheap and good. Foto-Impex is the best photo shop (analog) in town and they are the only ones as far as I know that sell chemicals!!! 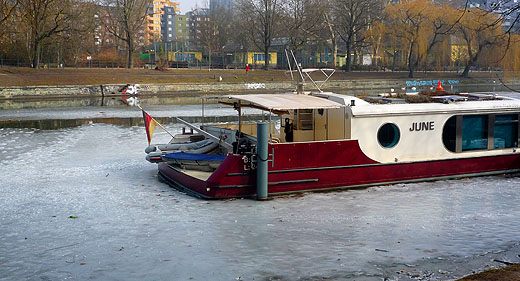 A funny word: Orangenrahmfächer! Roughly translated as orange-cream-fan. I was waiting for the subway to take me to my brother – another trip to a geocache! This time direction North, Templin and beyond to a lost place: a former secret Russian city in former Eastgermany, a city in the middle of the woods, built for thousands of Russian soldiers and their families, totally shielded from the environment. Decaying slowly. I felt like in a timewhirl! Found beautiful paintings, peeling off and then that’s it, all the balalaikas, Leninfaces, naive fruit – gone! 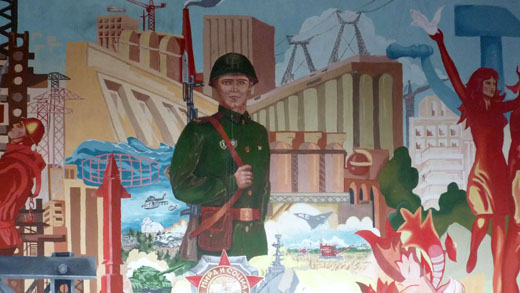 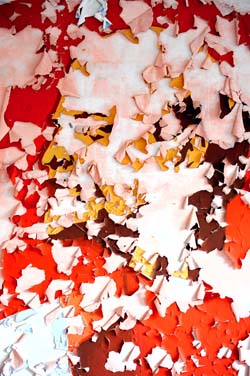 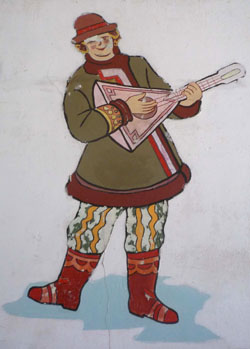