to go and then it’s time for my Berlin Wabi-Sabi-Workshop #1. See here!! 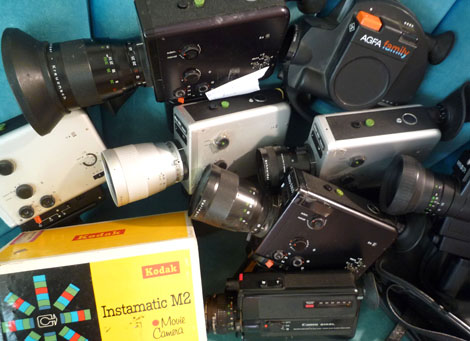 Today I dusted my super 8 cameras  and found my old Agfa Family (the one on the right with the orange button) – a very special and funny camera that Agfa invented in the late seventies: a totally simple thing, no focus, no zoom, but it filmed AND made stills! To mark the still it scratched a tiny chink which was somehow „felt“ later by the projector while projecting the film and it stopped for a certain time. So says Wiki
And I say: there are still some places left in my workshop!!