When I was a bit younger I thought a great deal about feelings and melting pots … how it would feel to be living in a bubble in a right time like for example in New York in 1987. In Tel Aviv in 2009. In Paris in 1932. Now it’s 2013, now it’s Berlin, now I get this strange damn right feeling .. I live just by chance … here … and the mighty god of coolness and hipness says: Yeah! Right here! Manouche, French undercover restaurant, Kreuzberg, my intimate neighborhood … live band … no name … one guy from Africa, one from Israel, playing the best jazz music I’ve heard in years. Upright base and sax. Gorgeous. Awesome. What’s your name, guys? I loved you!! 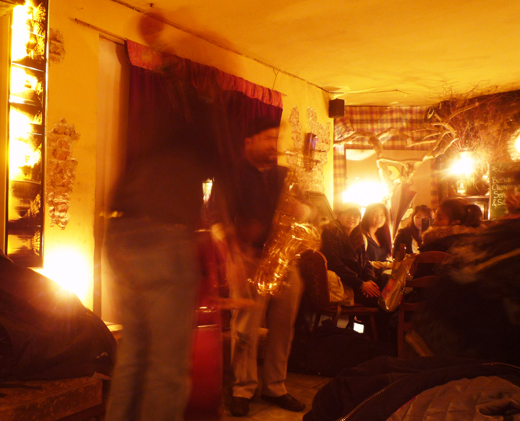 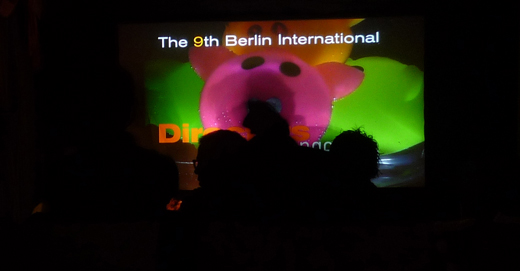 Directors Lounge: the cool annual festivity alongside The Berlin International Filmfest (Berlinale).
Every evening another fresh short film program. Very international. In a cool place called „Naherholung Sternchen“ which I try to translate .. and find it almost impossible … Sternchen is little star, Naherholung is local recreation, and together … does it make any sense? Not even in German! It’s got quite neat GDRish charme though!

Today’s program: a bunch of short films from around the world, funny: all dealing a whole lot with personal identity. A young Arab school girl craving for a Barbie bag. A lonesome rider on a Texan highway – pittoresque but somehow morbid photos … a French Canadian explaining 16 reasons why he hates himself – that one was quite hilarious and beautifully trashlike shot in black&white, someone trying to make his parrot talk how beautiful life is while in the background his wife packed her things and left *yaaaawn*, a young Russian/Israeli/Netherland lady on her research of her life thread: I loved the way she combined thousands of portraits of herself always keeping her eyes in the very center!
Even I had a film in that program … even I looked for my reason of existence and found an easy answer (with the help of my flying nephew and an apparently Indian guru in my dreams): bring joy 😉 … promoting myself >>> ¡Viva la combinación! 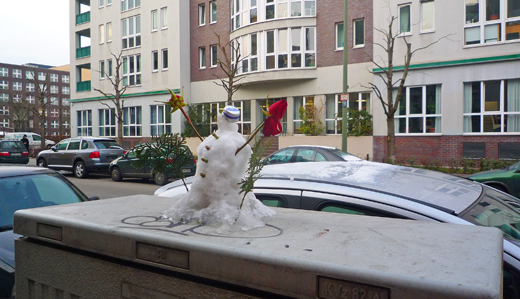 Recently there was a very rare beautiful evening at the Regenbogenkino / Rainbow Cinema in Berlin-Kreuzberg … a 4 evening special event, films mostly by Gaëlle Rouard, some very experimental 16 mm films. I had a special show of 6 films inside the program. Shown in super 8 original. One accompanied by me @ ukulele. Lalalaaaaatrallalla!!
It was fun and very familiar, like gathering around a bonfire. Rattling super 8 projector. Rare. Thank you Manfred for being there and for the bucket full of Kodachromes!!! Chris and Anne for the spirit and the organisation. And the wine. Regenbogenkino is cult. Survived. Yeah!!! 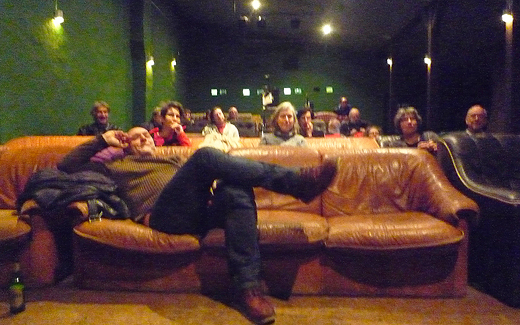 I had a workshop in Dresden at the 14th Schmalfilm Small Format Film Festival … so nice, so cold, so snowy … we experimented with coffee and Radeberger Beer and red wine that one of the participants brought: his wedding wine! Holy wine did divine things: the processing was awesome and the film came out married and beautiful 😉