Daphne du Maurier made me fall in love with Donald Sutherland.
One of the best films ever – Nicolas Roeg has just died ….
„Don’t look now“ … a film that I saw when I was in my teenage years that impressed me like hell … one of the best horror films ever … when the red caped dwarf turns around and reveils a spooky old face … aaaaah …. the second face … the blue eyed blind woman … the silent soft boatride through the canals of Venice … a film about premonition, time travel, a warning, an ending love … but more, it reminds me of one of my most loved novels by Daphne du Maurier: „Ein Tropfen Zeit“ in German, „The House on the Strand“ in English … if you ever get the chance to read it: do it! It is about a person travelling in time using a weird drug potion, making him go back into time, into addicting and most fascinating stories of murder, adultery, plague, betrayal in the 14th century … but only in his mind, not in his body … that’s why he finally mixes the two worlds more and more … walking on a train trail that is not real in his 14th century meadows …

There is scarcely a book in the world that dragged me more into a fantastic bubble like this one. Even Daphne says: „I got so hooked on the story I actually woke up one day with nausea and dizziness“.

This is Daphne du Maurier: 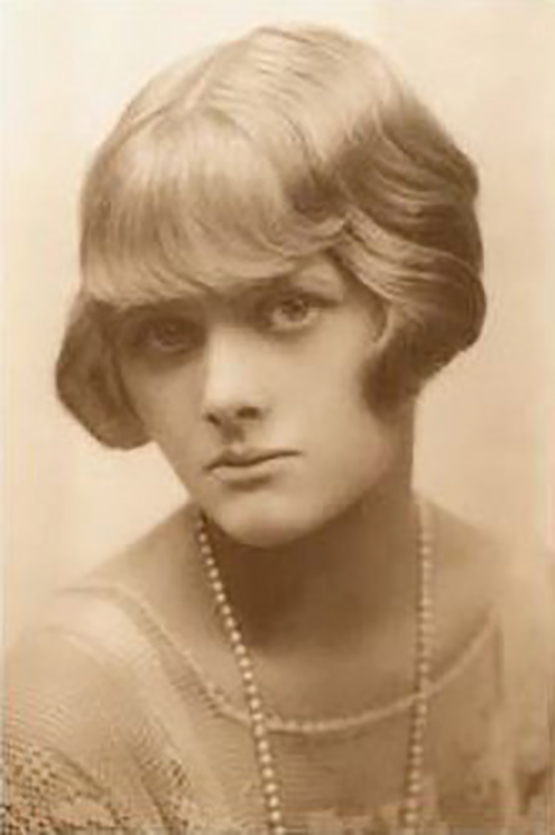