Golden October Sun And Friend And Dogs And A Pinhole Camera

I carry my loaded pinhole camera wherever I go … I met my friend Kasia and her two little dogs in a park, an old abandoned graveyard. She told me a funny story about her one dog Lichee: he is quite old now (15) and about to get blind and a little lame, but sometimes like being hit by an energy beam he’s running around like crazy and full of energy like a teen dog! Her dog whisperer friend told her that he is beginning to mix up his realities, remembers old memories and lives in them! For the moment. This is it. For the moment. I ponder and wonder about it. 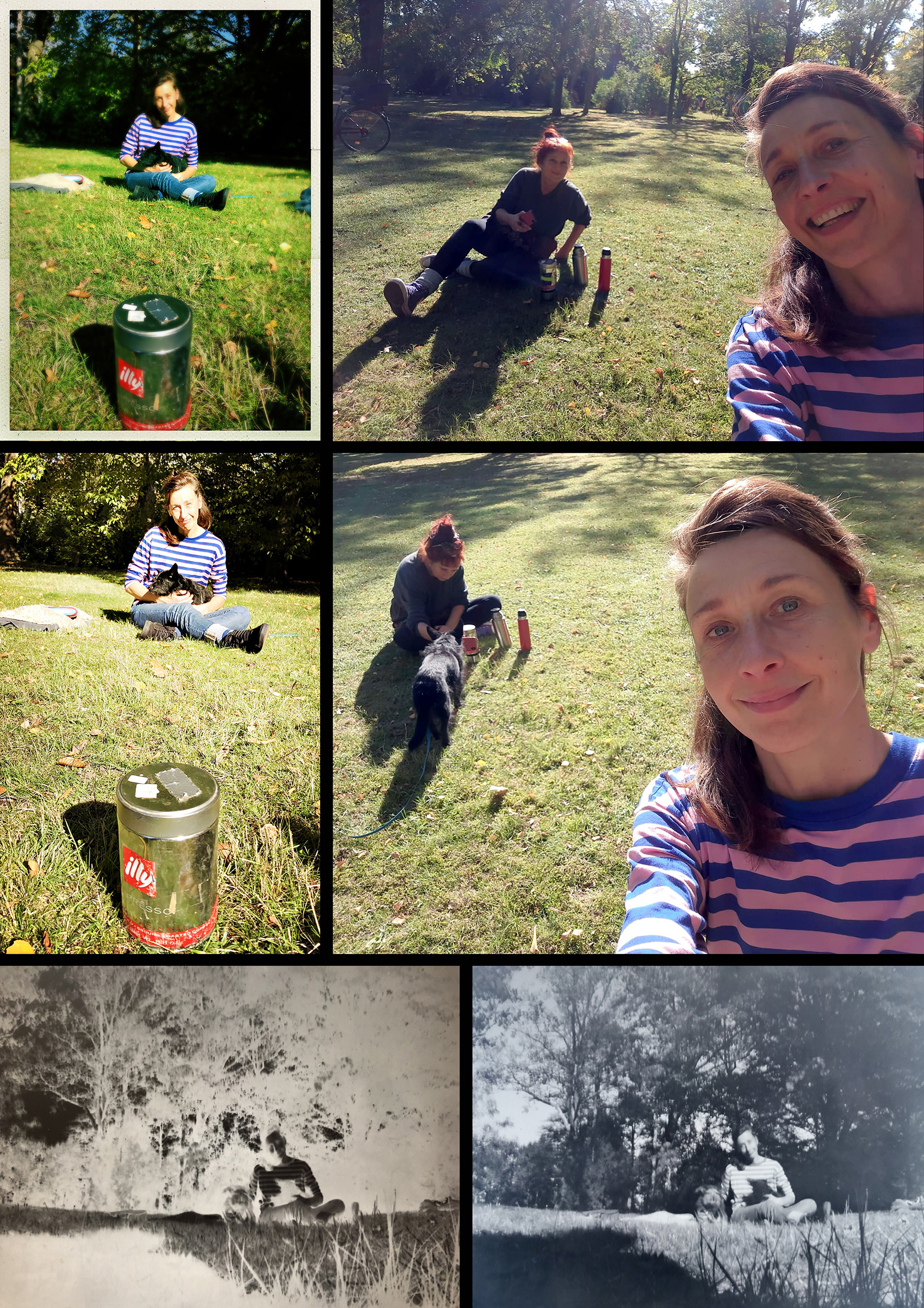