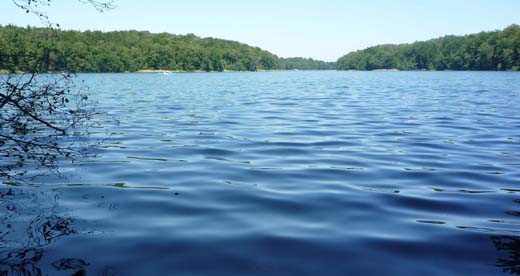 The most beautiful and clear lake near Berlin is my favourite Liepnitzsee.
Sunday holiday with brother Bernd and Nephew David! The greatest event was watching World Cup Germany:England  what a speedy fucking good game! We watched it at public viewing at the Inselklause which is a spot on the island inside the lake  had cold beer and hot fun and a very small tv screen!

One  no I think two of the German goals were shot by one fresh guy called Thomas Müller who later in the interview added to his comment: „Kann ich bitte noch jemanden grüssen? Ich möchte meine 2 Omas und meinen 1 Opa grüssen! (Can I please say hello to someone? I’d like to say hello to my 2 grandmas and 1 grandpa!). How super sweet!
Even old veteran Günter Netzer who co-comments the game in between and after smiled with his 48 teeth and we all cheered. 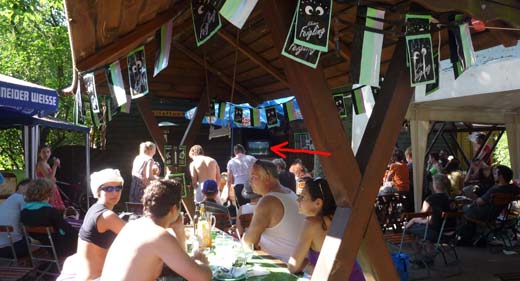 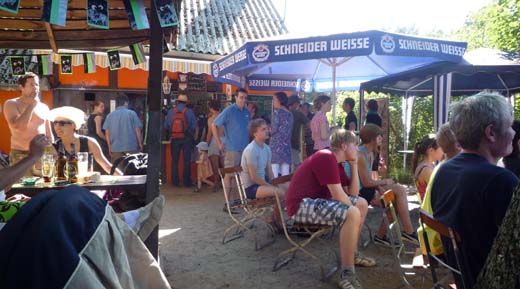 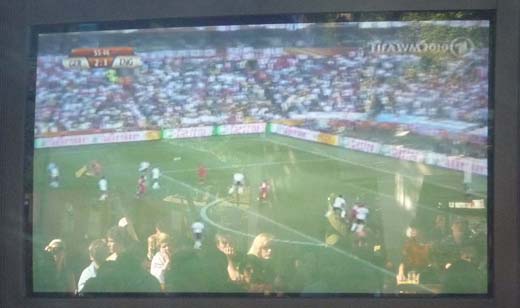