The headline translates: Mama, I’m In Jail, which is a song by the Runaway Brides. Come to them later

Today was a lazy day, a holiday in Germany, a day off for working class heroes (at least some). I processed an old color ORWO double 8 film (you never know with that old material that hasn’t been kept in the fridge for 20 or more years  and Orwo color films almost always have problems with the color layer because they were meant to be processed with original Orwo chemicals at 27 degrees, but no more Orwo, what can you do, only solution is E6 (color reversal) developer which works at 38 degrees, so poor Orwo heats up and the red layer peels off partly, looks like bleeding, very magical!) 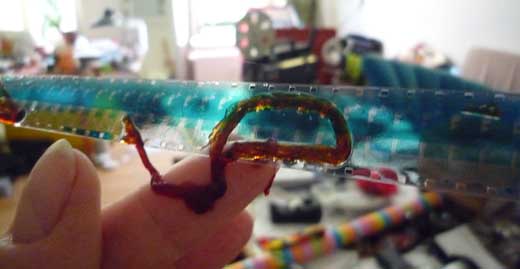 There’s a nice small music club in Kreuzberg (Wiener Str. 34, Ex-Bronx) called Cortina Bob (wasn’t that the name of a carousel in the 70ies??) – tonite: A Pony Called Olga and The Runaway Brides.

First band: Reeeaaally good punky powerhillbilly music: one guitar/singer, one upright bass Elvis, one hidden drummer. They had fun and they shared it.
Second band: 6 girls with countrypunk in their hearts, very good musicians (I loved the professional ukulele and the violin!!) – songs about drinking and Jesus  ah yeah, coming back to the title, one was called Mama, I’m In Jail, something like don’t worry Mama, your little jailbird will get along. Pure female fun & power 😉 They got better from song to song. They had fun and they shared it. 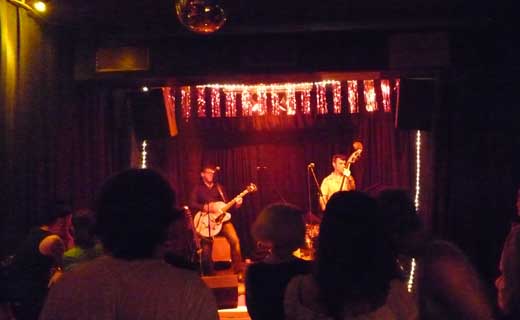 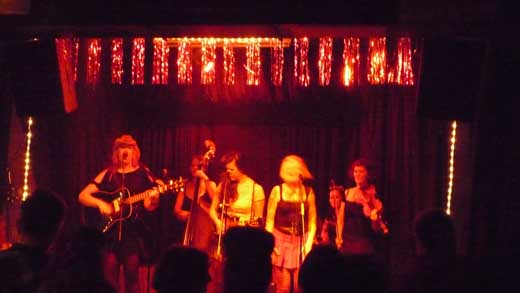