Last weekend at Force Attack  I don’t really go to punk festivals regularly  but it was a good spontaneous chance to accompany one of the bands that will be part of Bands On Boats – A Pony Named Olga – share some time, work, fun, music, film with them on a small tour.
We even had time to relax half a day at the Baltic Sea which is very close to that festival (Rostock/Warnemünde).

Attack! Ladybug plague at the beach! That was kind of weird! Hundreds of those little beautiful 7-dotted bugs flew around us, landing on us, on the sand, on the towels  never experienced that before.
Sensitive people started to fix mosquito nets to their sunshades 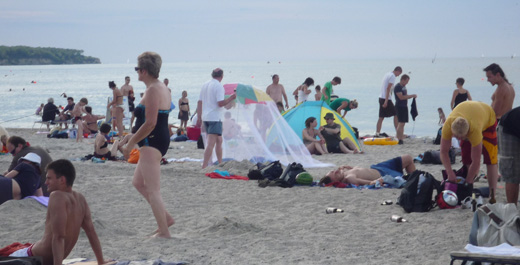