Don’t jump from the long side! yells the bath attendant in my favourite summer pool called Prinzenbad. I’ve always loved it there, it’s like a melting pot mixing everybody in almost always peaceful coexistance. At least it used to be like that. Except for some cracking pubescents or overheated brutalos but they mostly stay among themselves  and those uptight asshole voyeurs who molest people in the separated nude areal  well  anyway
What I realized over the recent years: it has always been a normal thing to sunbathe topless. More than half of the girls/women did it. No big deal here. Today? No one except for me and I felt like a medium aged hippie from another planet. What’s that? Americanization? Muslimization? Back to the fifties-prudery? I’ll have to muse about it  Maybe the mood, the atmosphere is slowly turning towards rough and aggressive and disrespectful behavior  and girls  well  react.

Until I found out, here’s a little still from a very short film called “Ducks are watching you”, a film festival trailer that I made some years ago for the Zwergwerk Film Festival in Oldenburg: 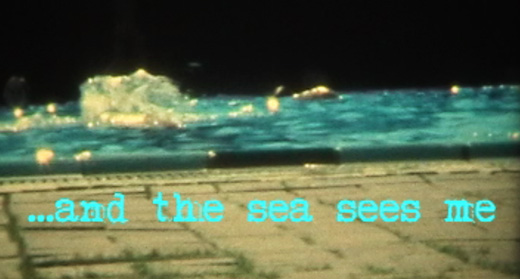 and here’s the trailer: zwergwerktrailer.mov