Waiting at Berlin Central Station for my country train I was fascinated by that teenie boy with a grumpy and dull expression on his face  his T-shirt expressing that everybody has a regular straight girlfriend except for him having one that looks like a photoshopped Bond-Girl every teenie boy dreams of, I giggled around and tried to take a photo without being spotted and beaten up, which was not easy because Mama and Papa, even grumpier, instinctively protected him and his shirt, which made me think about teenie boys in general and the uglier the more you need a trophy and does grumpiness come in genes and then my train came and I had waaaaay more horizon around me and immediately forgot about … err  what? 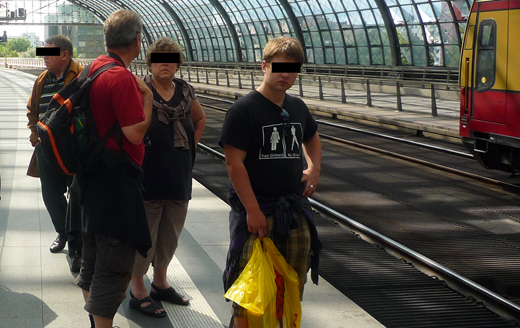 Thank you Gesine and Reiner for that relaxed beautiful late summer weekend we spent together in your little paradise!
(I found Darth Vader in birch leaves shadows on an umbrella  spooooky! 😉 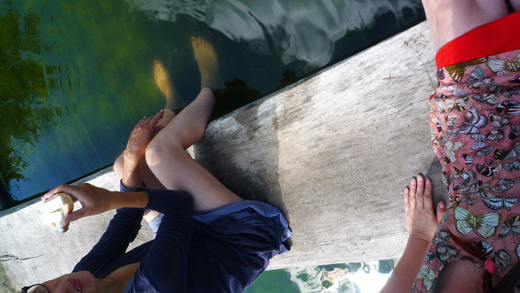 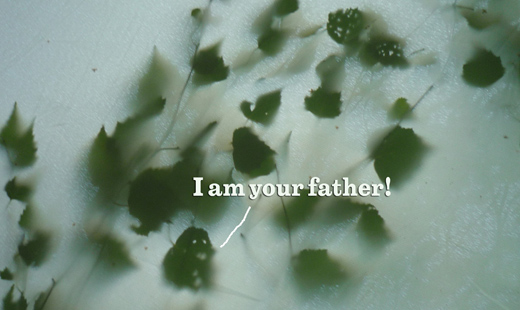