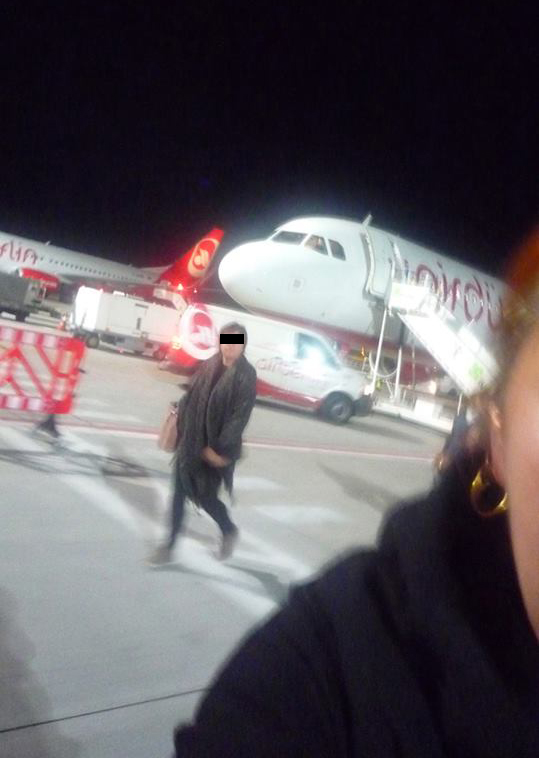 Wow ….. that was my very first developing performance … outside my intimate bathroom. Avantfilm, you’re my hero.
I filmed a roll of TriX super 8 film in Stockholm, filled two Jobo tanks each with 4 meter stripes of it, collected flowers, leaves and birch bark in Stockholm and Karlstad (thank you Stina!), filled my water bottle with lake water from Lake Vänern (light yellow) and prepared tea. And Caffenol. Added Aqvavit. Did it – with a superlovely participating audience who set their phones on 10 minutes developing time countdown and at precise ringalingadingdong the show was over, the film developed, I fixed it, hung it up at the gallery ceiling and what? Images! Hooray!!!

I sat on a bench for a while at Gamla Stan and watched trains. Realized that they have names! Also realized after a while that the fence between the two trails are … art. One part regular wire, the next bent and twisted and broken in a sympathico way. The next part regular again …. 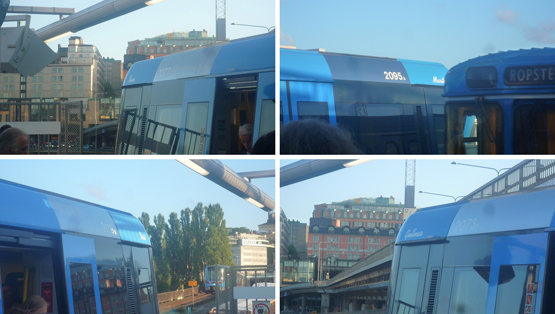 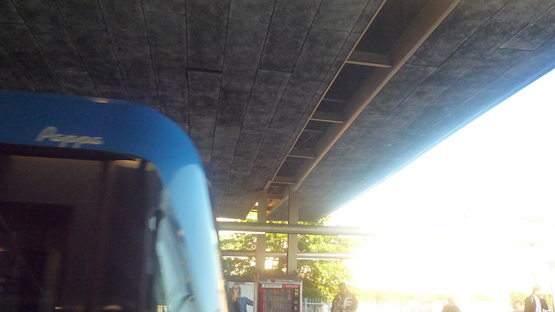 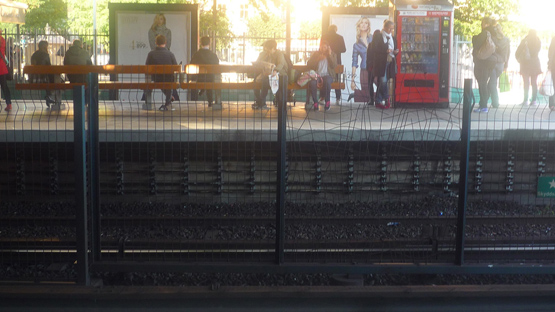 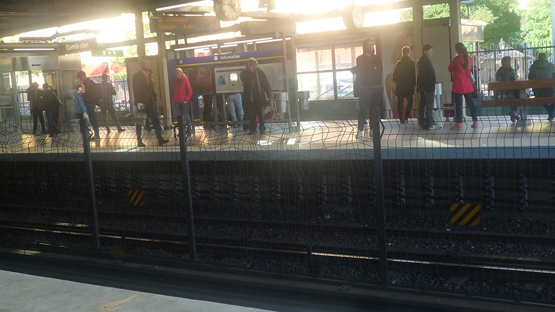 … and then: byebye Stockholm, hello Karlstad! 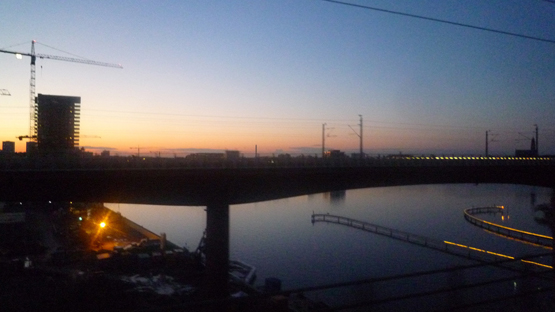 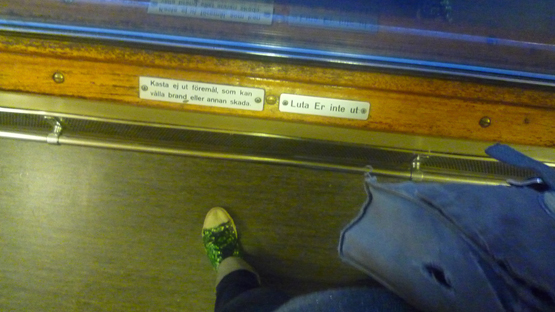 Summer is definitely over now …. I discover beautiful deserted places … you can swim for free everywhere: the water is clean! Next year come again! And then have a nice outdoor gym in the park (Tantengymnastik?). 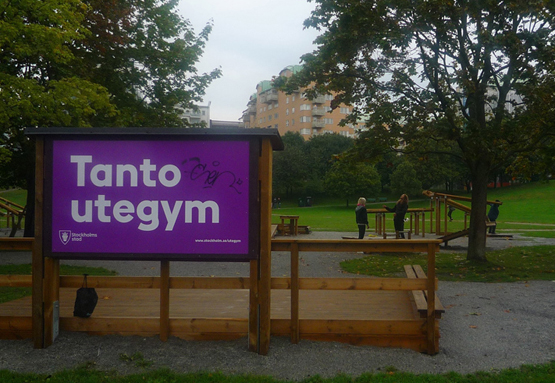 On a trip to Avantfilm in Karlstad, Sweden, where I’m luckily invited to show some films of mine and to give a little performance on film developing with coffee, plants and Aqvavit, I play holiday in Stockholm 3 days before. Landed safely in Arlanda (what a beautiful name!), getting wet under heavy rain, admiring amazing cloud formations, sleeping on a boat … some impressions! More tomorrow! 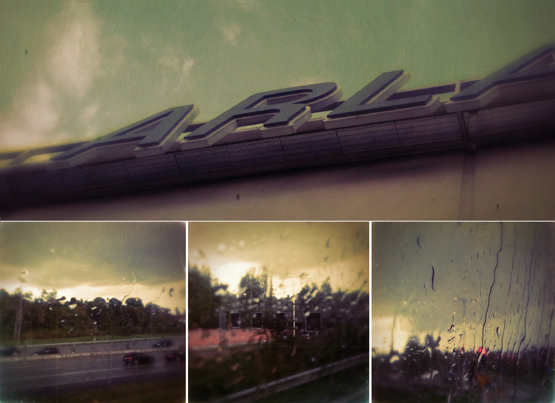 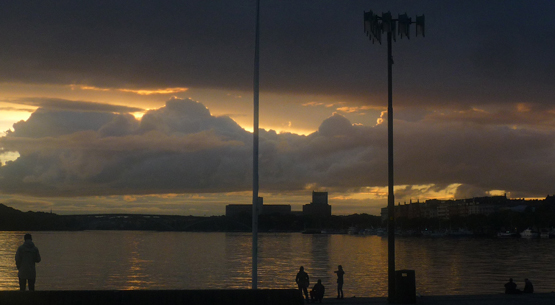 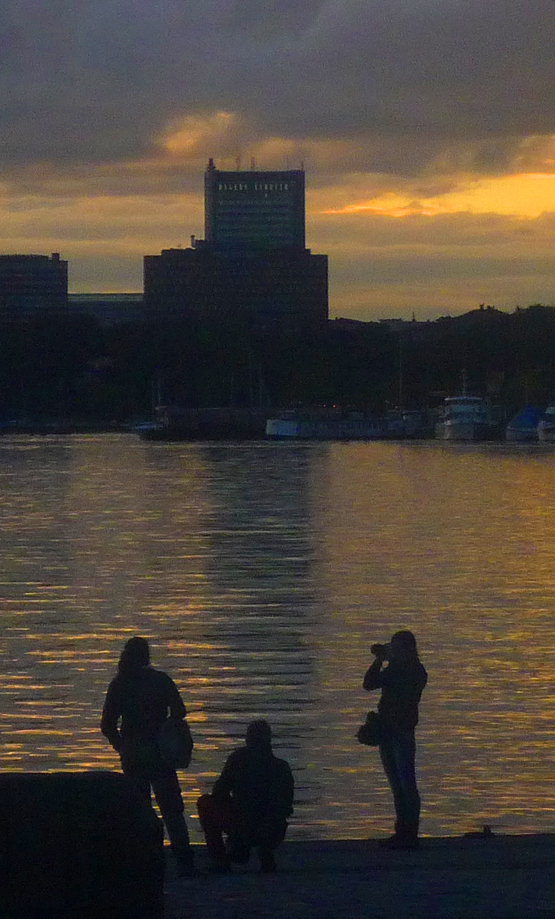 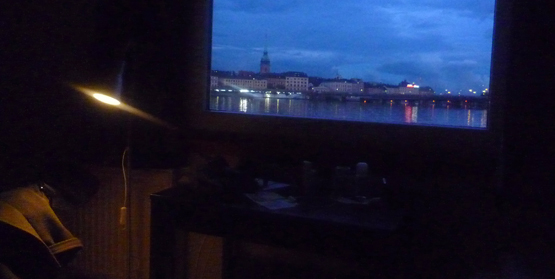 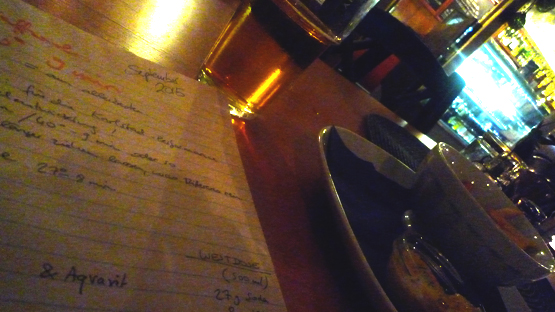 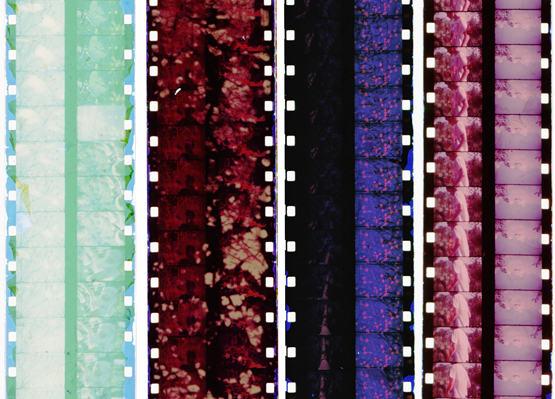 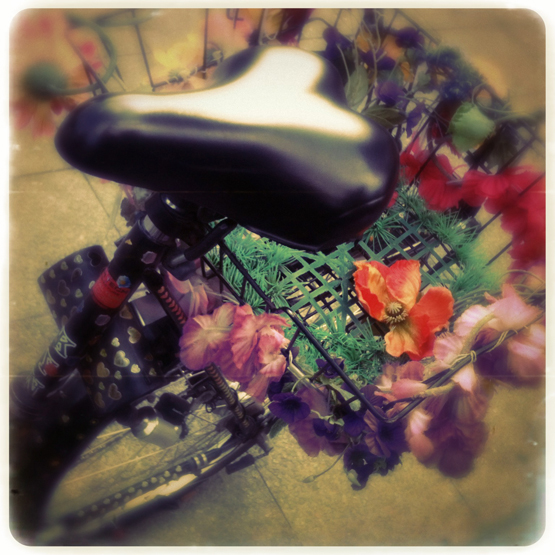