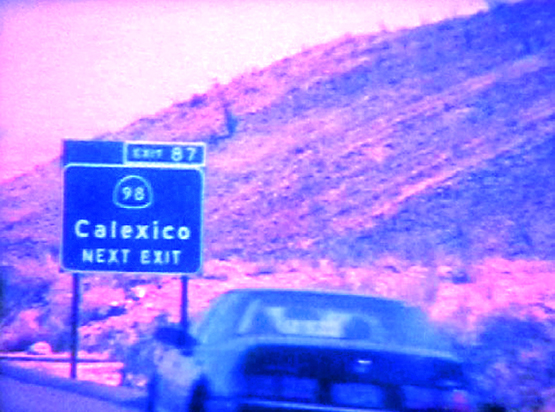 It’s a film. By me and Gabriele Kahnert. 85 minutes long.

13 years ago we started – a 2 women gang with 3 cameras (two digital, one super 8), 1 car and 1 sound recorder – pursuing the paths of some music lovers spread all over the world (Germany, Russia, USA, China) and a band speeding from one venue to the next: Canada, West Coast, Southern States.
What a trip!

„Some films appear out of thin air, like figures emerging from the fog. […] „And then it starts, with one of the lightest and most carefree of film beginnings seen in years. The band begins slowly, searching and a bit hesitant. Both filmmakers use the song’s initial calm to introduce the central characters. Rhythmically confident in gesture and movement, it is an indication of the film’s allure and that of its figures. Then the music sets in – a cut to the road passing by. It is a never-ending, gliding movement, a rhythm that is sustained right up to the last minute on screen.“ Read the full article (Hans J. Wulff, October 2007) here!

The film spent 10 years sleeping in the drawer. The band didn’t like it … which meant: no music rights (we used 21 songs in it!!)

Now it’s awake again and will be shown at Unerhört!-MusikFilmfestival in Hamburg in September. Legally. The times they are a-changing …

Recently I collected some mountain herbs and flowers hiking through the beautiful Klöntal in Switzerland … I filmed … I collected … I felt like walking in a postcard …
And then later I developed the film in these collected herbs, made a tea from it and added some of Swiss favourite drink: Ovomaltine … plus washing soda and vitamin c to activate the soup.
Results? A soft black & white film with good gray nuances! 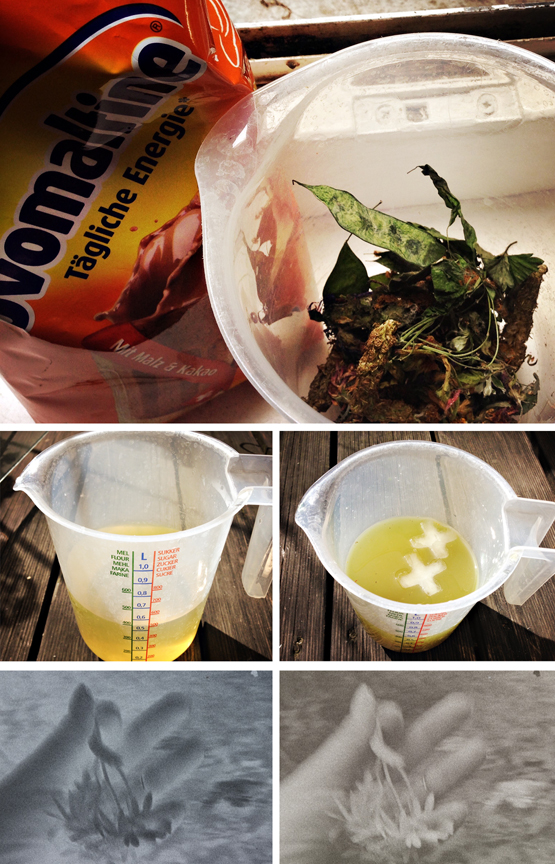 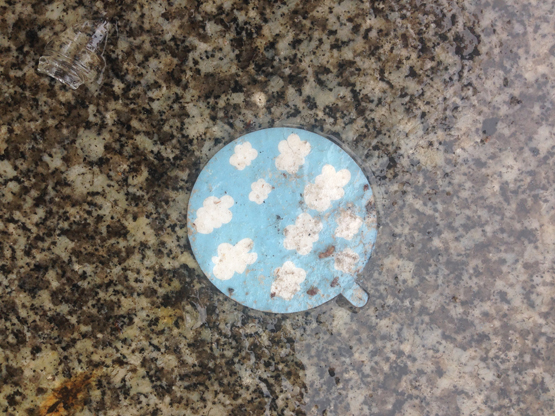 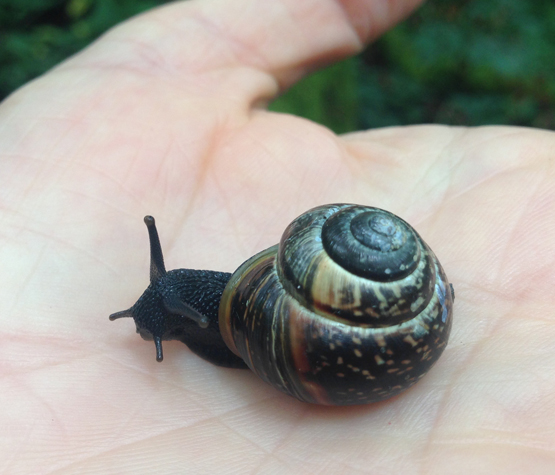 Türlersee – Or: Never Try To Sell Your Daughter! 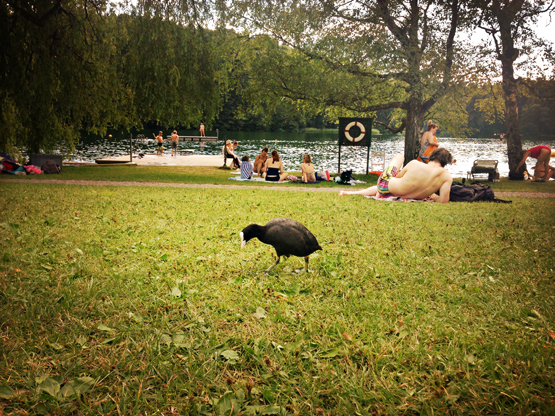 At the place where the Türler lake now lies, there was in old times a beautiful farm with fertile fields. The owner had a single child, a graceful, sweet daughter. The young master of the castle on the Schnabelburg had an eye on her, and he pursued her passionately. The respectable child persistently rejected all his promises.
Then the master of the castle persuaded the father to bring the girl to the castle at midnight under all sorts of pretensions. He opened the gate himself, and drew in the reluctent daughter. As he wanted to close the gate, she noticed what was being played, and uttered a cry of cursing against her treacherous father.
At that moment a flash of lightning flashed from the sky and met her parents‘ house. She saw a fiery gap open, and the fine and once so blessed farm with all the fields disappeared into it. But in the morning there was a lake at that place.

Orange and tomato juice! Beetroots! Chinotto! Coffee and cocoa! Absinth!
Yes, we used all these yummy drinks and mixed them with washing soda and vitamin c to obtain powerful black&white film developers.
I was invited to the Bildrausch Film Festival in Basel/Switzerland to give a 2 days eco developing workshop. It was one of the hottest weeks of summer – 36° at day and not much below at night … so I decided to place the workshop outside, in the shady patio of the film fest meeting spot. We installed our table and chairs, our water buckets and clothes line there and developed joyfully splashing!
And the results? All films (7) came out fine! No desaster. Only beautiful, contrasty black&white films. Yeehaaa!! 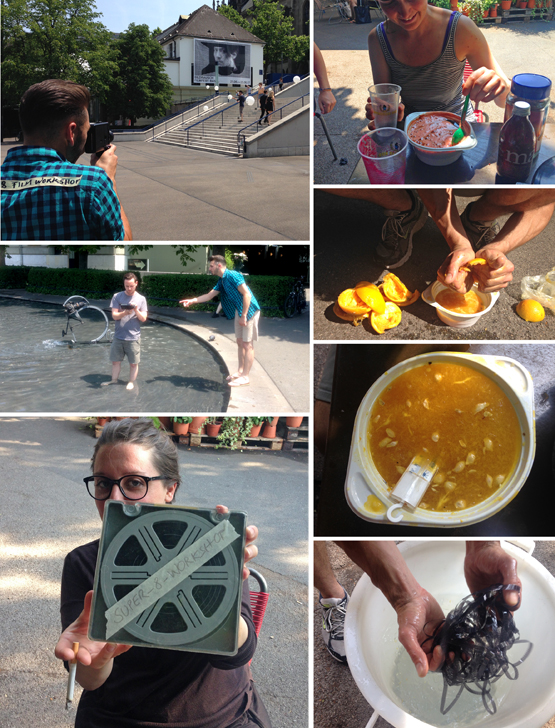 View from the Uetliberg, photo taken with my Illy coffee pinhole camera 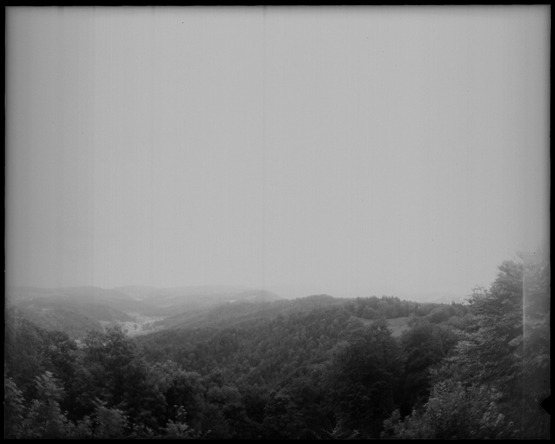 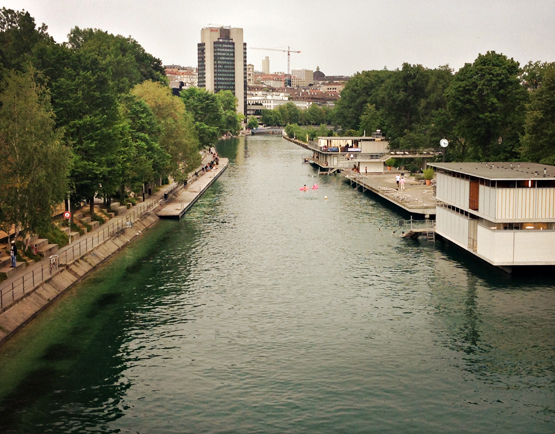 The Limmat is a river that flows through Zürich and is so clean that you can swim in it. So great! See the pink something? It’s a kid on an air mattress!