means: the 4th car is … in love! Instead of closed. One letter missing. 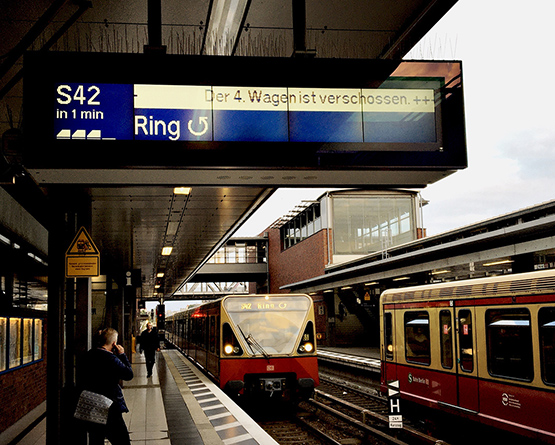 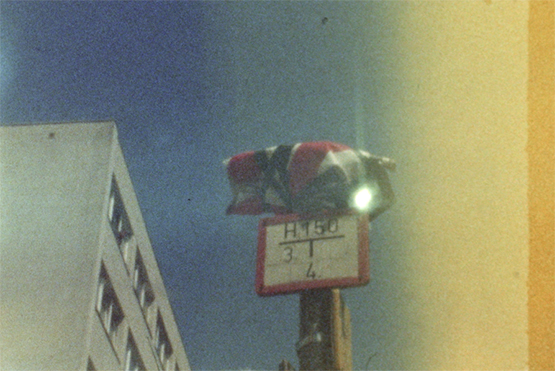 Remember? >> “The developed images are returned to their place of origin, hung up there and they remain there until they are destroyed, soaked or weathered – kiss the moment, it’s not a pyramid!”
I went there yesterday to see what has become of them … if they are still there … and yes, they are!
Some have withered in a very interesting way, the one of the water connection thing looks like a runpath for little creature!
Oh I love the title: “Runpath For Little Creatures” … 🙂 … will it be the title of my upcoming book???

I was in Dresden, only 2 days, only one and a half hour away from Berlin, by train. The train continued directly to Budapest. I felt East European!
There’s a little film festival, called Schmalfilmtage / Small Format Days. This year very empty which is a bit weird since lockdown is over and I thought people would happily attend any event … but maybe we have all become a bit tired in our bubbles …
Anyway: it was lovely to be somewhere else!

I found a new toy. A Brownie! As simple as a pinhole camera but with a lens instead of a hole. One step higher towards complication!

It is meant for the use of Kodak-special 620 film rolls that don’t exist any more. You can use 120 film but you will have to roll it on those 620 spools which you must find somewhere …
Too complicated, I cut photo paper to the right size and stuffed it in, squeezed it in the back door frame! 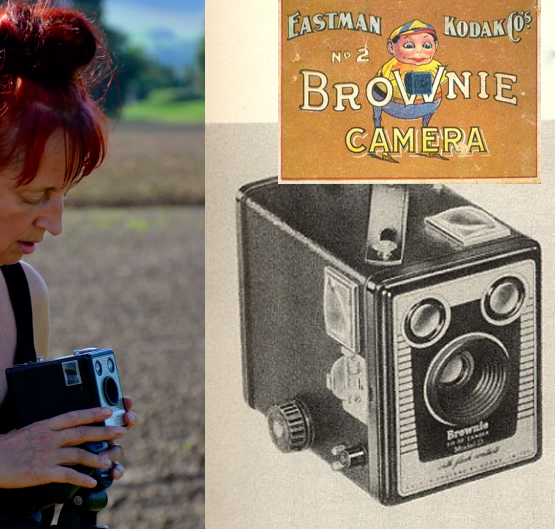 And then I thought why not trying to develop the paper pieces positive instead of negative? It’s a far more complicated process but it’s possible. There’s even an eco alternative … so I mixed some coffee, soda and vitamin c for the two developers and some hydrogen peroxide and acetic acid for the strong bleach.

Luckily I am staying on the countryside right now at my friend’s place, we drive around, find beautiful spots and click the Brownie!

And then we spend hours in the darkroom polishing the recipe, heating the soup, playing with developing time, trying not to sniff the stinky bleach, getting completely black papers and some very pale, some with weird dots and stripes, but some come out funky magical and beautiful! 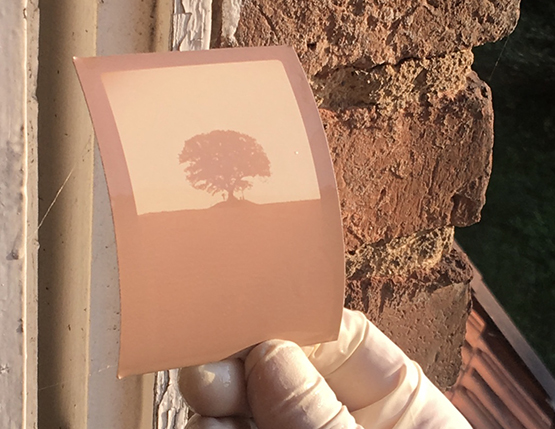 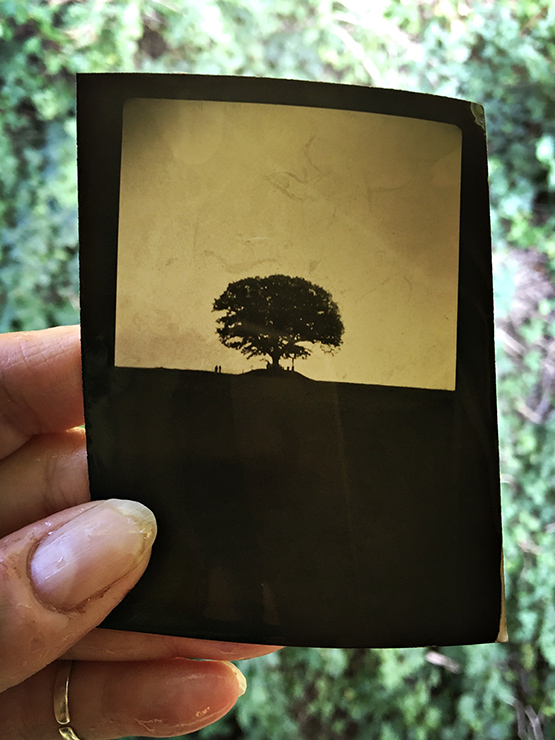