Chained Chair and The Exiles

I just saw the freshly renovated black and white film THE EXILES from Kent Mackenzie from 1961 –  www.exilesfilm.com – a documentary about „one night in the lives of young Native American men and women living in the Bunker Hill district of Los Angeles.“
„Bunker Hill, where most of THE EXILES is set, was once the glory of downtown L.A. – a haven for wealthy Los Angelenos set on a steep hill with a magnificent view. But by 1960, the area was a run-down neighborhood of decayed Victorian mansions and skid-row apartment buildings. The seedy charms of Bunker Hill have been celebrated in the novels of John Fante, Raymond Chandler and Charles Bukowski. For the men and women featured in THE EXILES, the neighborhood is an escape from the monotony of life „back home.“ The guys spend their night barhopping and gambling while the women try to hold their homes together and go to the movies to dream.“ 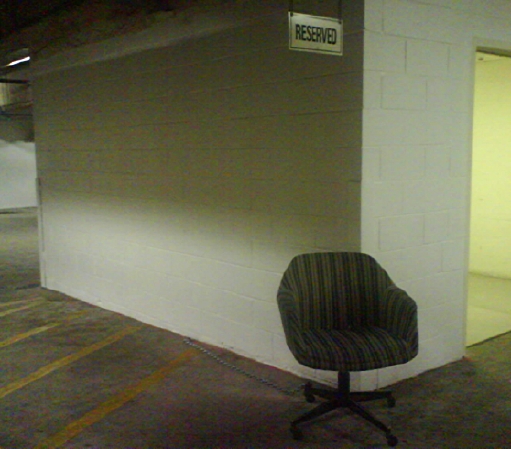 parking lot under the cinema