Super 8 Workshop Day 5: We watched the films that my students made at home over the weekend … oh! Whow! Great! So beautiful to see!
And then we made music. A spontaneous soundtrack for the park animation film from Monday. And for more … because once we started we couldn’t really stop … music flow, you know 😉 (make a sound sample later and put it on my blog). 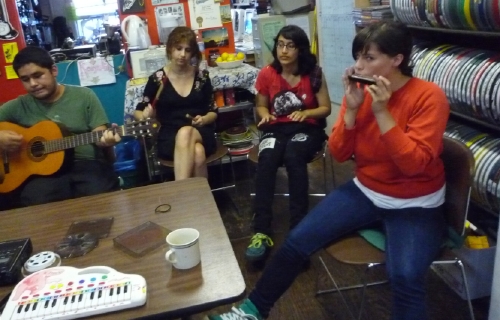 Paolo and I rushed to Venice Beach then, to the Dudley 7 Cinema at Sponto Gallery to show some of my films. Some short ones and then my very very new 32 min long „Ode to June“ … it was fun to show it there (I only showed it to the kids before as a world premiere 🙂 ) – not many people, rather my age, I think they enjoyed it … and we had some good discussions after the film. About cats, America, experimental films, influences, music …

And it was also weird because when I first came to Los Angeles in March 2004 with Khani starting our south states trip we wanted to spend our first night close to the ocean and found a quite cheap hotel on the internet – the Cadillac Hotel just opposite the Sponto. So we had our first American beers in the evening breeze at the open window and watched people go in and out the Sponto with no idea what that place could be. Full circle. Here I am 4 years later presenting my films there … Thank you Jerry for inviting me. 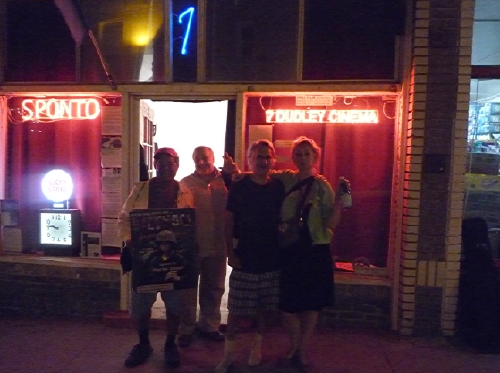