The workshop is done! 9 people having fun! And me and helpers-co-teachers Paolo and Rick!

We split into 3 groups and went out filming … then came back and started the alchemistic kitchen performance: mixing coffee / red wine / jacaranda blossom tea with vitamin c and washing soda for the most interesting smelling and developing soups!

They worked fine! We got films! Black & white negative! Beautiful! Full success, yeeeeha!! It’s such a crazy miracle that it is possible to use almost healthy natural stuff instead of more or less poisonous regular developer! And in the end the developed films look almost the same! Coffee is the crispiest solution, red wine is dense and has many grey shades, jacaranda tea the same! 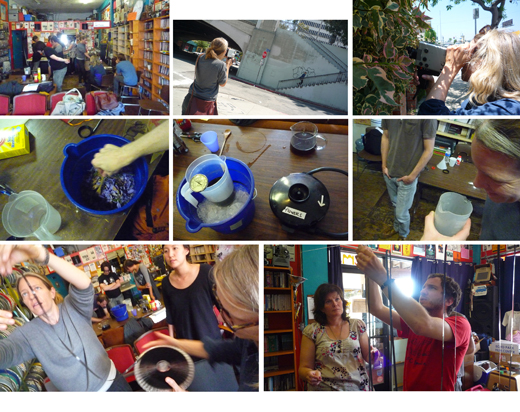 And to conclude that intense day I had a film show in the evening … showing some of my old and new films, also in the Echo Park Film Center, yay, we had a good time, thank you audience!! 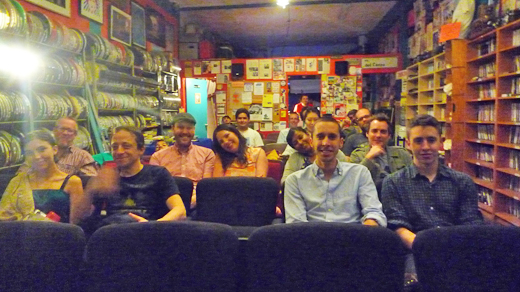