Moca In And Outside

Art day for me. Riding the 4 bus downtown, there are two Mocas easily walkable from one to the other. Downtown is concrete and deserted but suddenly taken over by bikes … there was a race, don’t know for what reason, and then I remembered: Ciclavia! On Wilshire! But that’s somewhere else! Today! [CicLAvia temporarily removes cars from L.A. streets – and the streets fill up with smiles!] Like we had „autofreien Sonntag“ in Germany in the … seventies? When gas worries occured for the first time? Biking is a political attitude here and I like that.

Back to Moca. There’s a huge Urs Fischer exhibition going on in both Mocas. One has several of his works – I like the room full of 3-D rectangles like honey bear, banana, 1-dollar, things he likes I presume, their picture from all sides printed on a 3-D-mirror. 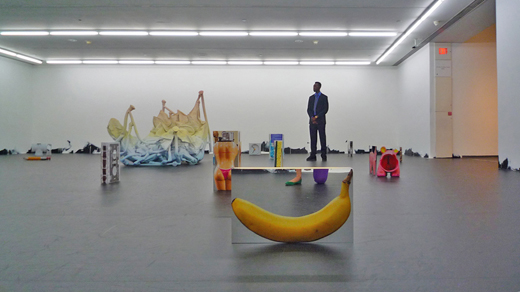 The other Moca exhibits a project of a collaboration with 1,500 LA people playing and working with clay. Gigantic. I love it. 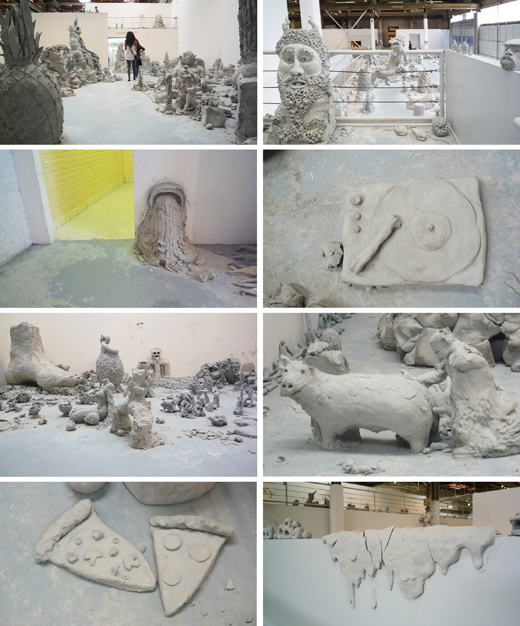 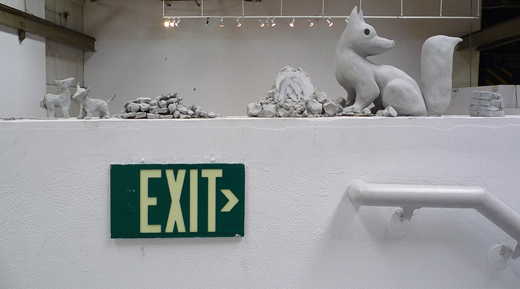 When I walked out into the sun again I wondered whether that man on the bench was art or real …. 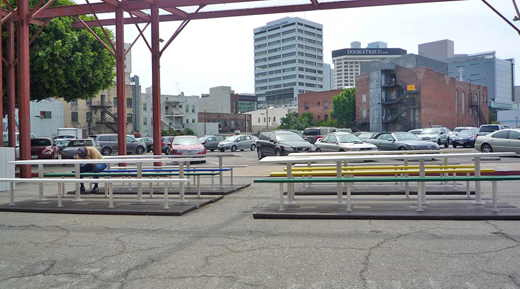 Same with that inscription on the building opposite Moca: art or reality? 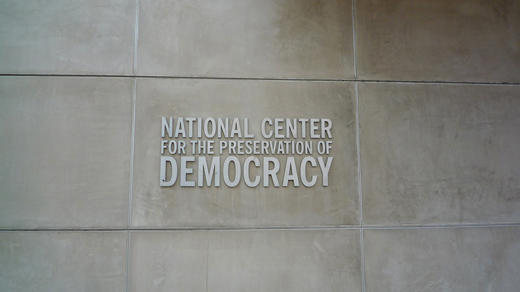 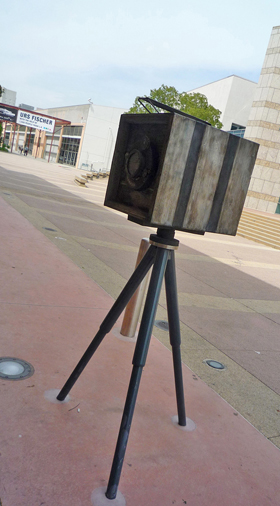 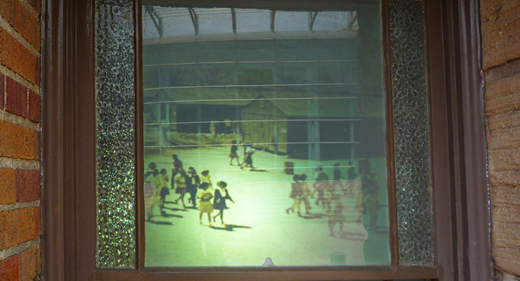 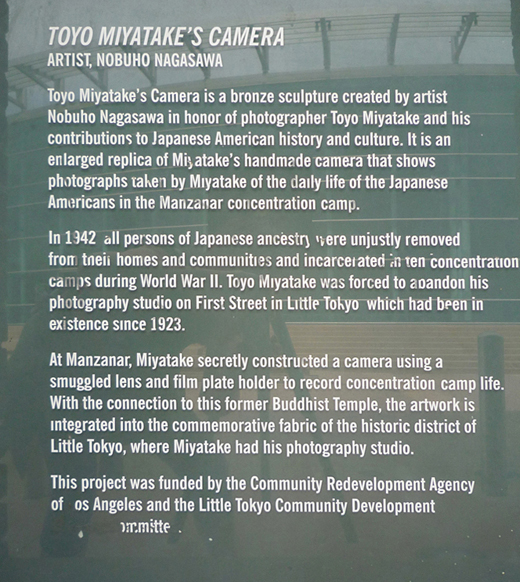