Social Scene … or Sunburn on Sanborn

It’s Sunset Junction Street Festival. Today and tomorrow. In Silverlake. As they say: THE BIGGEST CELEBRATION OF DIVERSITY, WITH THREE ON GOING STAGES, GAMES & RIDES, ARTS & FOOD AND NON-PROFIT OUTREACH. It used to be free in the beginning, now you have to pay 20 $ entrance fee and the locals are quite pissed.Whatever … I payed, got a blue wristband, wandered around, got a sunburn, had some delicious strawberry lemonade, discovered the spookiest merry-go-round I’ve ever seen, quite old though, but more like a squeetching queeky rattling horror-go-round-shaker. 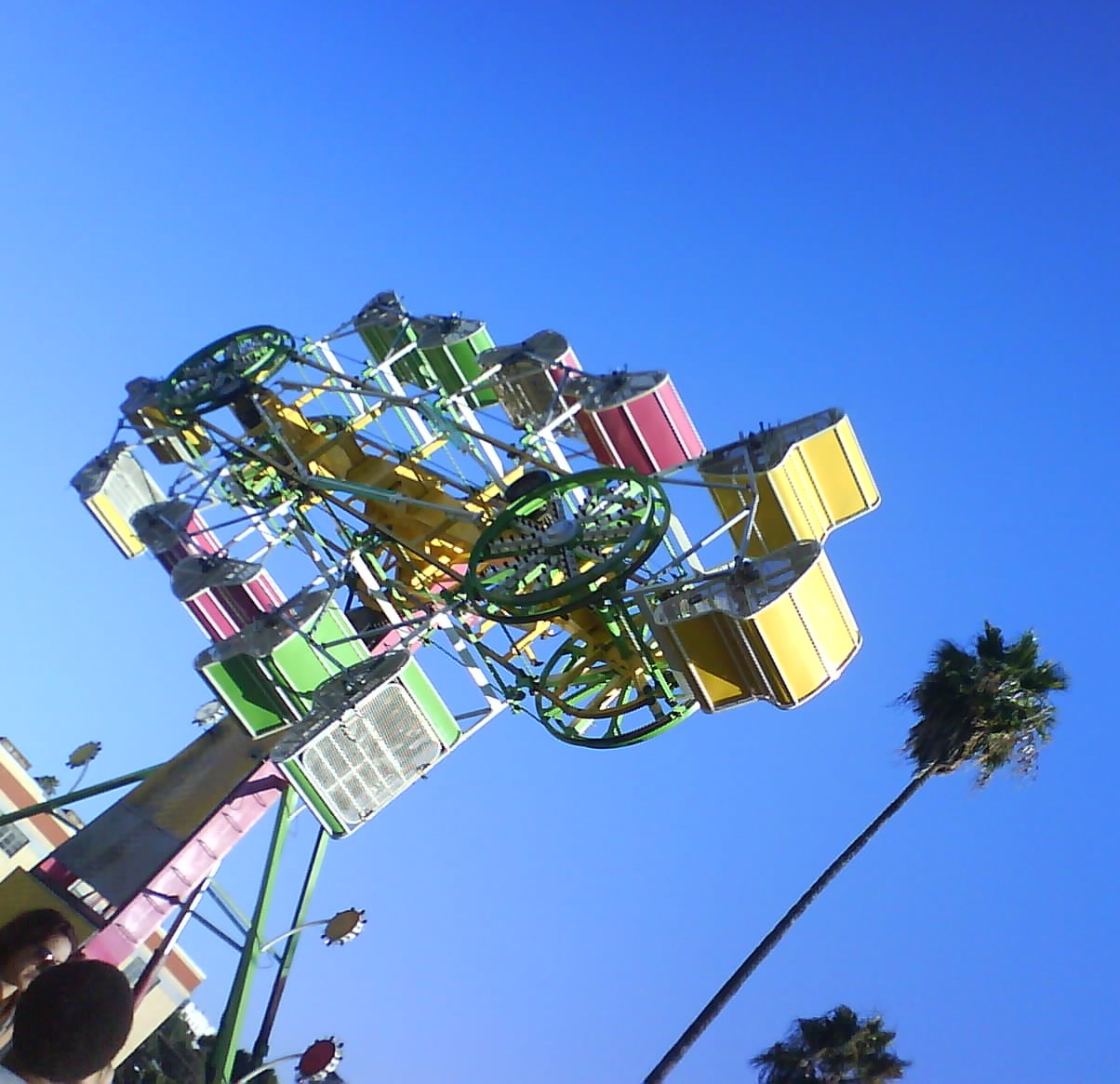 There were 3 stages, all different sorts of bands, stumbled into a soulish-bluesy southern jazz band with an amazing guitarplayer and singer, old and black with fancy violet pants and a genius on his guitar, must have been Arthur Adams I found out later. 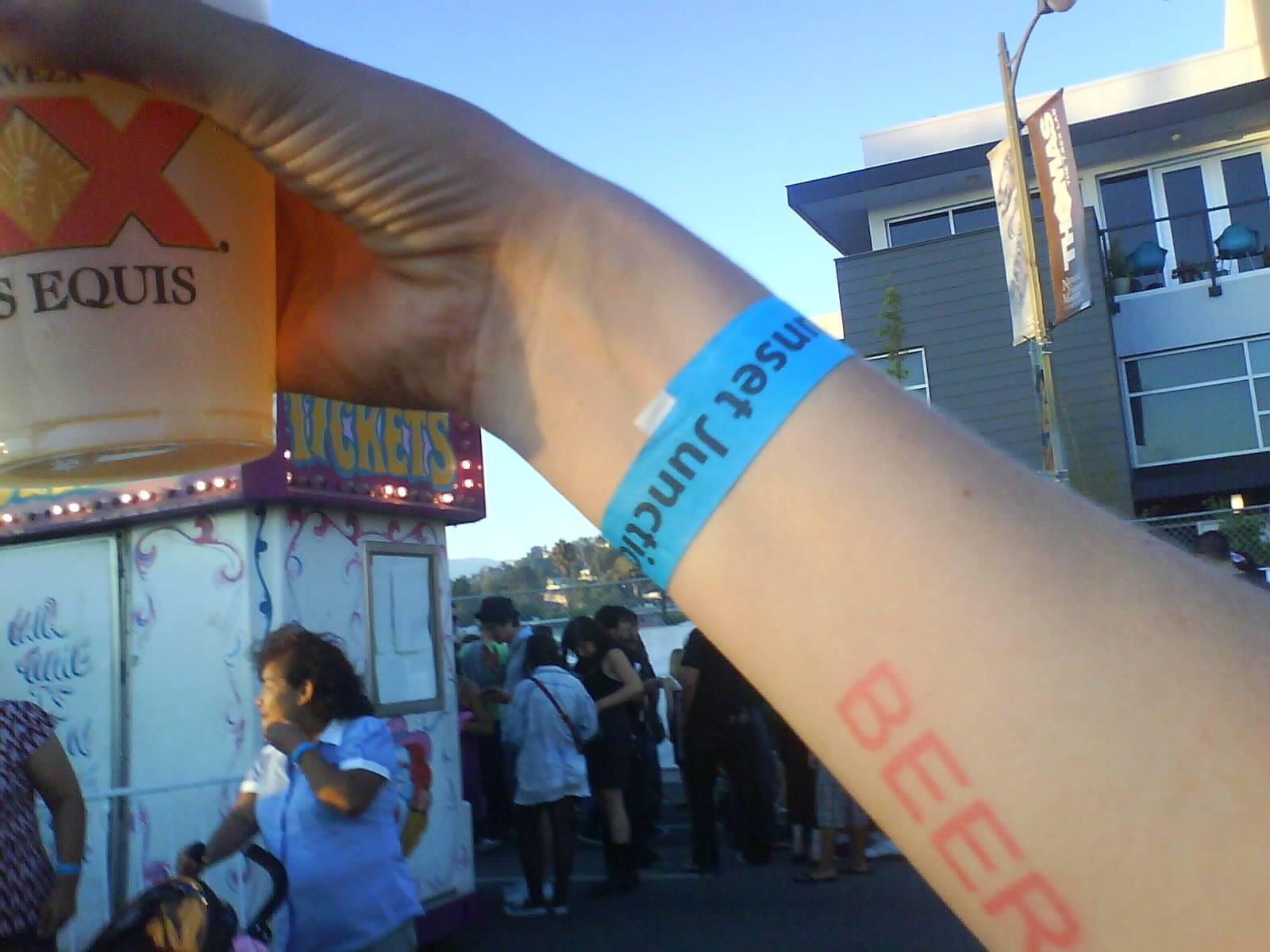 And then, sunset on Sunset, expensive beer in my hand (I KNEW it would happen: they asked me for my ID to prove that I was older than 21 heeeehaaahaaaaaaaahoohooo and then I got a BEER stamp on my arm that allowed me to buy a beer ticket that allowed me to buy beer) … er … one of my favourite bands: BROKEN SOCIAL SCENE! Mmh, great. Bearded Canadians (mostly) with fire in their hearts. I love them. 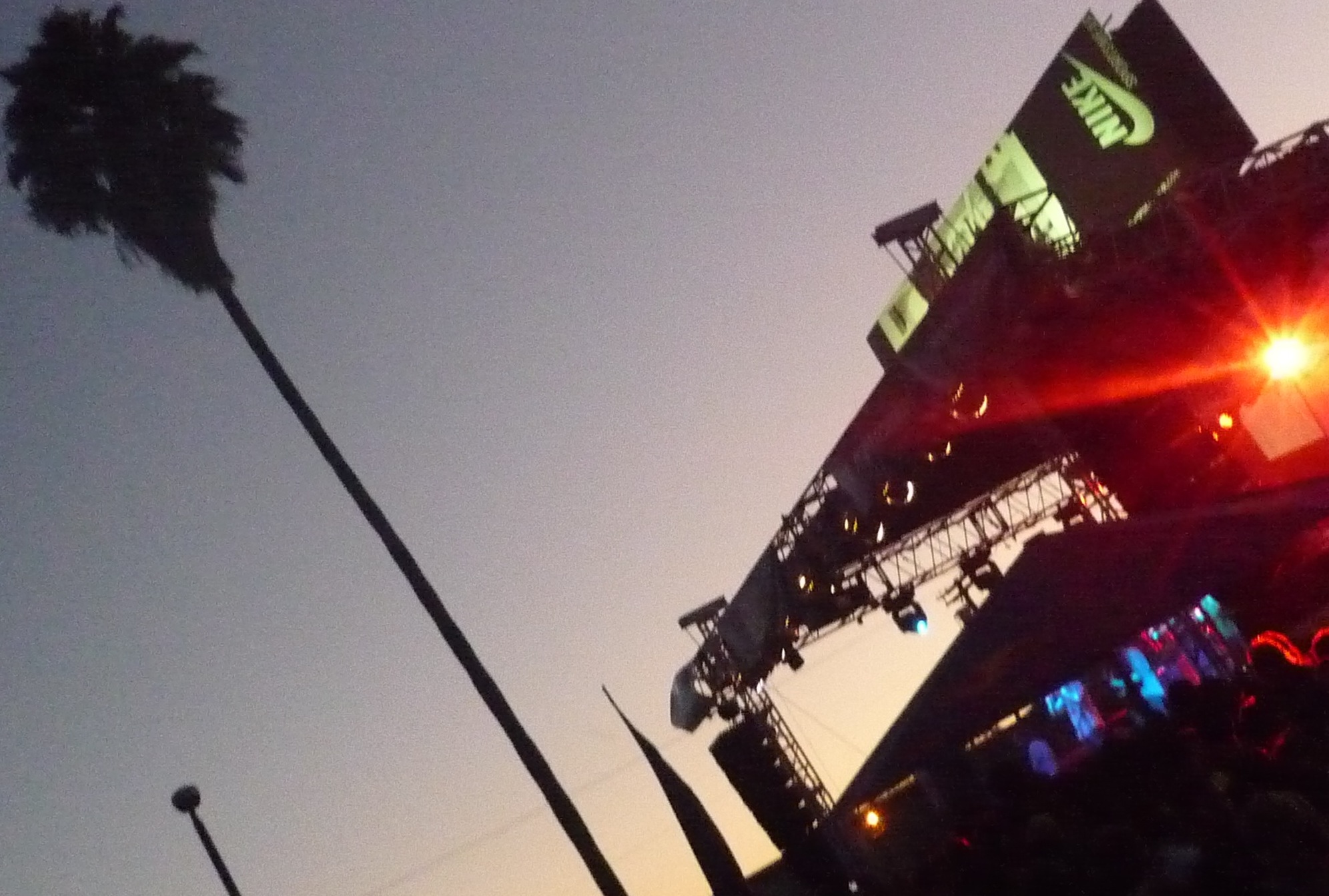 Oh, before sunset, I almost forgot: It’s not only sunny but also shady and there was killerradio on Sanborn inviting me for some chatting and food on the front porch (this one is for Khani) and Paul and I talked about Fahrvergnuegen and inspiration and the things that I take home from here. Colors! Laidbackness! 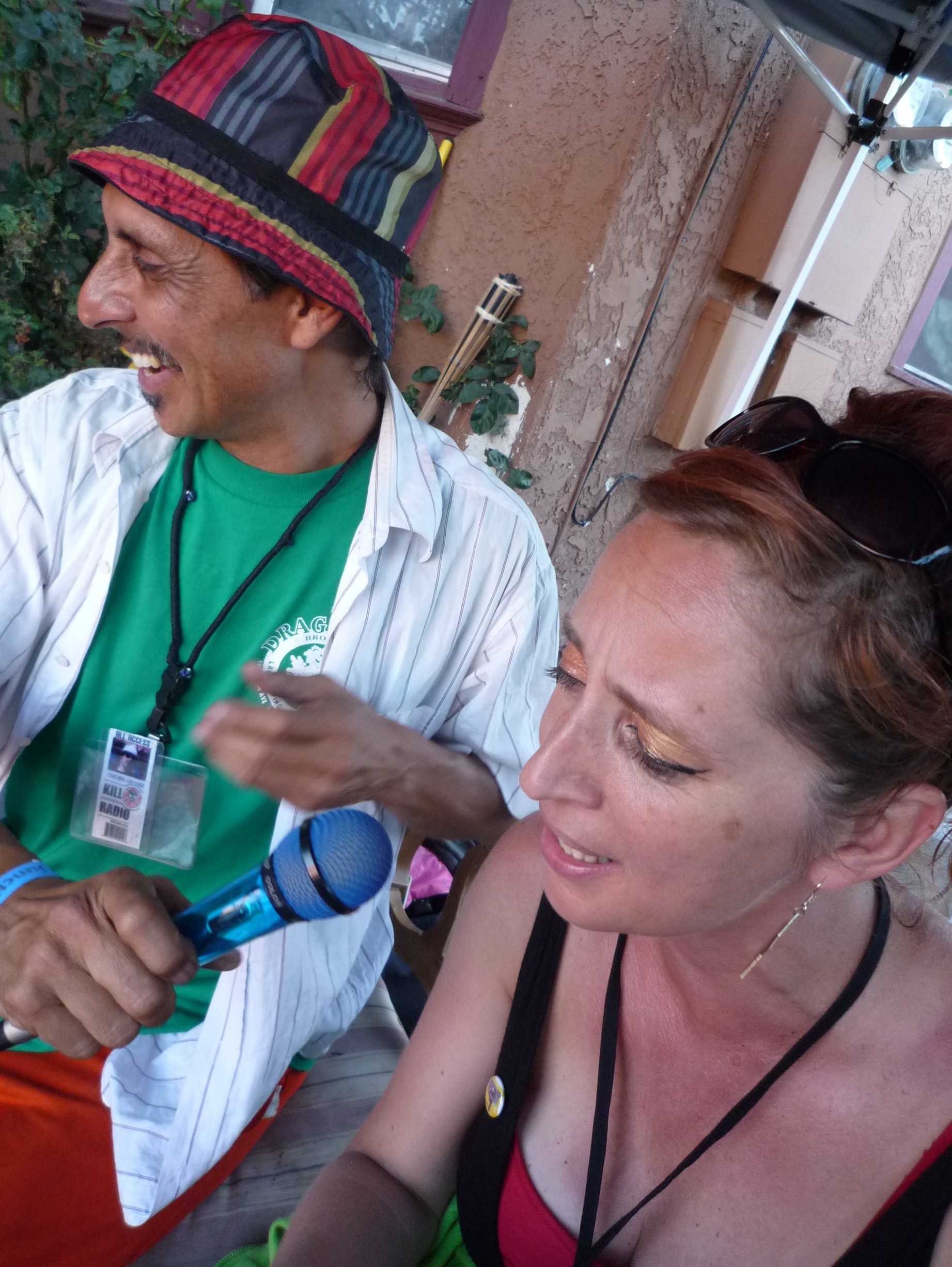 Later the evening after Broken Social Scene I took the 4 bus home to Echo Park, I stepped inside and someone said, watch out, vomit on the ground! And the bus driver, realizing it, said: aaaaalllll out! Have to stop the bus! Take the next! … which was just coming, luckily.One good night beer in the Machine Project gallery next to the Film Center who celebrated the opening of BLACK CLOUD CITIZEN SCIENTIST LEAGUE … sensor boxes, universes in boxes designed by children/students, a pollution monster … something mysterious about a black cloud that wouldn’t move. Have to check it out a little closer next time I’m there ….