is one of the oldest villages of the island of Tenerife. I love the name. We hit the road again, crawling barrancos, following goat paths almost indetectible, met Heidis Wandergruppe (an organized group of hikers), said hello and no thank you, we are antisocial today, won’t join you, but thanks, see you again at the Guagua stop! 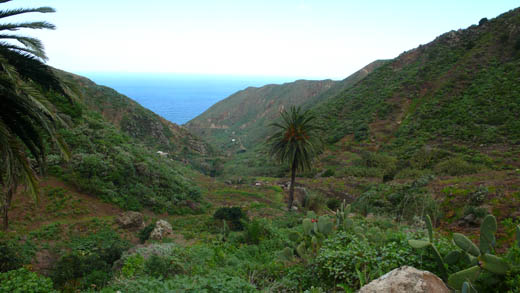 So we fell into a kind of time and space twister, a weird feeling that, knowing that the last Guagua of the day will leave in 3 hours and we would have to climb over unknown Barrancos (Heidi promised it would be possible in 2 hours time) – seeing green mountain sides far or close, not sure, irreal blue ocean, high glittering clear sky, hearing echoes of chicken and a single bird and nothing really nothing else  well, we made it in time and had one of the most beautiful hiking experiences of our lives. 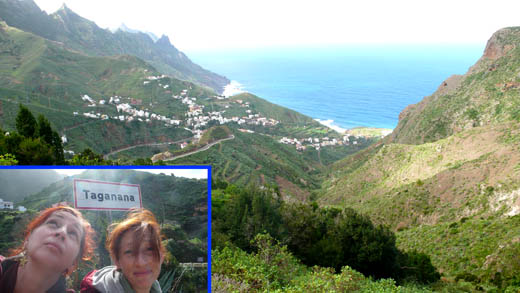 Gesine filmed the exploring of small private paths of Taganana starring half of the animal inhabitants —> taganana1.MOV