They do it once a month: the Echo Park Film Center (that’s where I’m at this month, lucky me, tiny artist in residence, huge eco developer!) … opening the screen for filmmakers that just drop in and bring their works. 16 or 8 mm or digital, anything is possible.

OK, enough shitting: the best film of the evening was made by … name forgotten … coming later … a 17 year old cool greasy hair guy … a film in black and white, contrasty like hell, about another guy, coffee addict maybe, restless, weirdo cuts and breaks, awesome sound and music. Congrats! Keep on keeping on!!

This is me just before the screening: 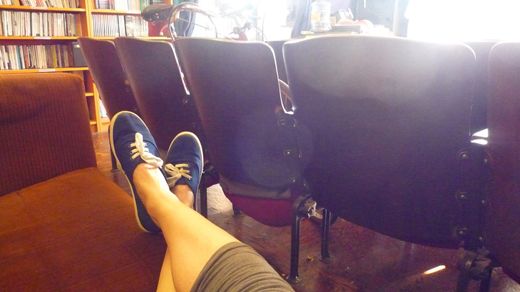 This is Paolo doing the best announcement ever: 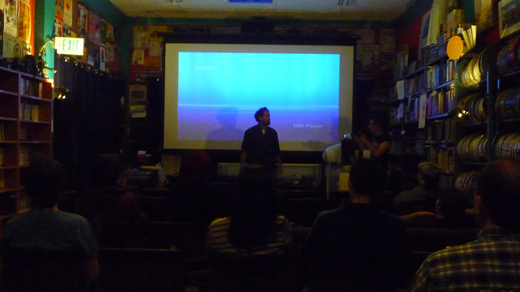 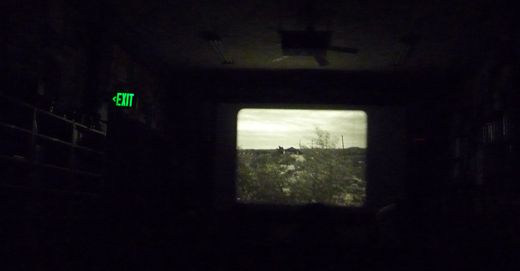