… that’s almost all I can say in Spanish! Con algo hay que empezar … that was the name of my Spanish lesson book 100 years ago if I remember correctly!

That taco stand „Taco Salsa“ is located in front of the Vons parking lot during the day. The two guys are sympatico and the burrito is gigantic!

At night it miraculously changes its name and is then called „Tacozone“. Or maybe it’s another one … 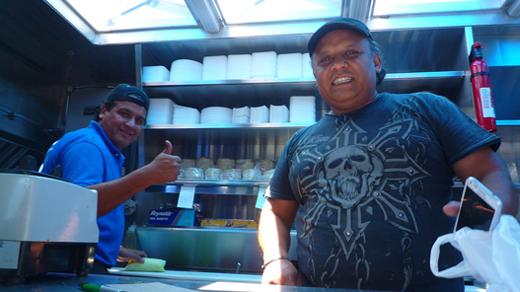 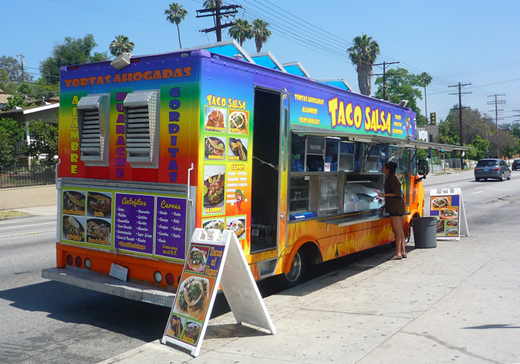 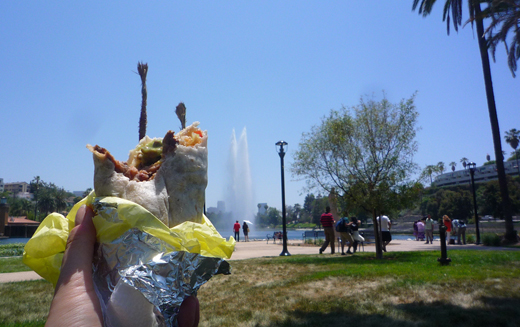 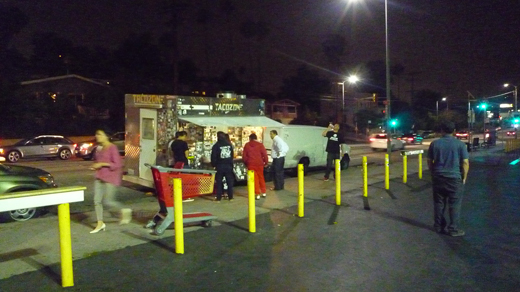