Another Emergenza day (read yesterday!) at beautiful Lido club, funny, there was almost no audience at all except friends  why? Weekenders go elsewhere? Many schoolbands and I started to get bored but then a soul voice awoke me again – the music was not that interesting or fresh or awakening, but the voice! That woman has a voice close to Gloria Gaynor! The band is called Hot Action Diso Club and I wish that woman a gigantic future!

Next stop KATO. Johnnie Rook had their record release party gig. That was punk! That was soul! They say about themselves: Wir haben Herz, wir haben Arsch. which means something like we got soul, ass, heart  They reeeaally rocked the place!

And here comes something personal that I discovered: These super front women are no Hungerhaken which means they are not skinny like skeletons, they are sexy. If I were lesbian I’d love every inch of them but I’m not so I love ghost men (sorry, personal, might be erased tomorrow with clear mind) but what I want to say: the Hot Disco girl wore a country flower dress, not very pret-a-porter or shit like that but had a goddesss aura and Franziska the Johnnie Rook front woman showed her Speckrollen that I loved her for and she has power for a continent or two! At least! Super! Sexy! Women!
Kiss! 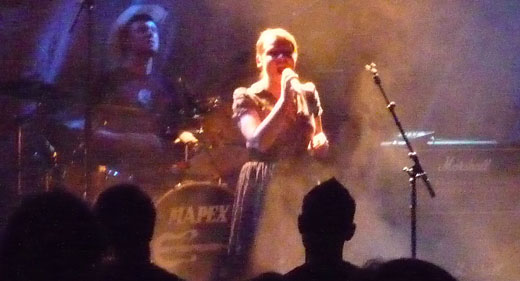 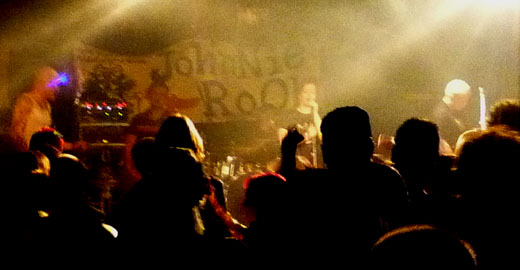